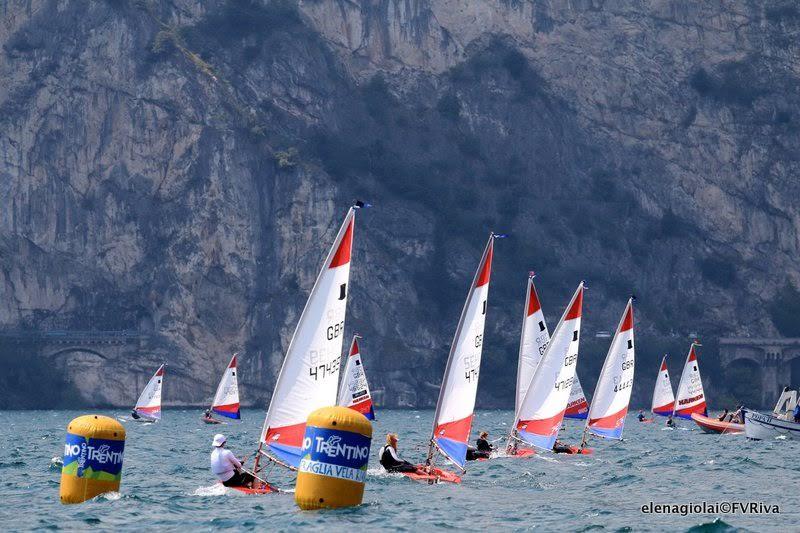 In 2014, Tom Cochrane placed second in the South Cork Sailing Club Cadets Regatta. He was not with us in 2015 because he was at the Topper World Championships at Riva del Garda in Italy. With fourteen races and two discards, Tom’s point total was 90. This meant that he came tenth. In the world! A hearty congratulations from Tom’s home-away-from-home club.

A look at the results list shows us that Tom was definitely getting the hang of the location, with his highest placing coming in the very last race. Of the nine places above him in the final standings, five went to locals. Interestingly, a further two places went to sailors from the royal Cork Yacht Club.

Here is full report on the last day of the Championships

Here is a page with a series of reports about the other races.